His phrasing is elegant and his concentrated tune a thing of beauty.

David Coucheron is Concertmaster of the Atlanta Symphony Orchestra. He won the position in competition with more than 200 contestants, becoming the youngest Concertmaster of any major US orchestra. Born in Oslo, Norway, David Coucheron began playing the violin when he was three years old. He earned a Bachelor’s of Music degree at the Curtis Institute of Music in Philadelphia, a Master’s of Music at the Juilliard School of Music in New York and a Master’s of Performance from Guildhall School of Music in London. He has studied with such eminent professors as Igor Ozim, Aaron Rosand, Lewis Kaplan and David Takeno. David plays a 1732 Stradivarius, loaned to him by the Anders Sveaas Almennyttige Fond.

She has a beautiful legato and rubatoplay with great sense of melodic lines and exact vocals.

At twenty-seven years of age, Ms. Coucheron has already established an international career, winning prizes in Italy, Germany and the United States. Ms. Coucheron has worked with musicians such as Claude Frank and Emanuel Ax. She has toured Europe, America, South America and Asia, performing on such great concert stages as Verizon Hall, Wigmore Hall, the Kennedy Center and Carnegie Hall.

Born in Oslo, Norway, Ms. Coucheron began to play the piano at the age of four. She earned her Bachelor’s and Master’s Degrees at the Royal Academy of Music in London, with honors. Ms. Coucheron has performed at festivals such as the Oslo Chamber Music Festival, the Bergen International Music Festival and at the La Jolla Summerfest. For the last two years, Julie has been artistic director of the Fjord Cadenza festival in Norway. She is also a founding member of the Kon-Tiki Classical Music Fest in Oslo, Norway. In September, 2002, she released her first recording, ‘Debut’, on the Naxos label, performing with her brother, David. The CD includes lyrical and virtuoso music from the classical repertoire. In September, 2008, Ms. Coucheron and her brother released their second recording, ‘David and Julie’, on the Mudi/Naxos label. This recording, which includes sonatas by Grieg and Brahms, received superb reviews worldwide. Ms. Coucheron is a member of the Georgian Chamber Players and recently performed the Brahms piano quartet with them in Spivey Hall in Atlanta.

Norwegian cellist Sandra Lied Haga stands on the threshold of a major career, having already won four international competitions and many major awards in Scandinavia – including the prestigious Equinor Classical Music Award in 2019. Her rich, beautiful sound and prodigious talent have caught attention worldwide.

Since her Wigmore Hall debut at the age of 12, Sandra’s passionate playing and the deep feelings she expresses has resonated with audiences and musicians all over the world, including musical centers like New York, Berlin, Prague, London, Zürich, Budapest, Warsaw and Tallinn. As an orchestra or chamber soloist she has performed at concert venues including the Great Hall of Moscow Conservatory, St. Petersburg Philharmonia, Wigmore Hall, the Athenaeum Bucuresti, Salzburger Festspielhaus and Reykjavik’s Harpa.

Born in Oslo in 1994, Sandra started playing the cello at the age of three, and was the youngest ever participant in the Barratt Due Institute of Music´s programme for gifted children. Her teachers have included Oleg Kogan at the London Razumovsky Academy, Frans Helmerson at the Barenboim-Said Academy in Berlin, Truls Mørk, Lars Anders Tomter, Torleif Thedeen at the Norwegian Academy of Music, and Paul Watkins at Yale University. She participated in the Crescendo Mentor Programme from 2019-2021.

She has also appeared as soloist with orchestras such as Oslo Philharmonic Orchestra, Norwegian Radio Orchestra, Chamber Orchestra Kremlin, Diamant Ensemble Copenhagen. Ida is also a keen chamber musician. She is artistic director of Gloppen Music Festival in the west coast of Norway and is a invited regularly to summer festivals in Europe and USA.

Ida Bryhn founded, and now leads the Norwegian Chamber Orchestras’ development program for young talented musicians. She is also a regular guest teacher at academies in Northern Europe and her students has won awards in different competitions in Norway and Europe.

As a Fulbright stipendiat she studied with Kim Kashkashian at New England Conservatory where she graduated with distinction in performance. She has received several prices and awards from the Norwegian state and private foundations in Norway.

Ida Bryhn plays a viola made by G. and F. Grancino in 1665, generously lent to her by Dextra Musica in Norway. 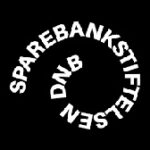