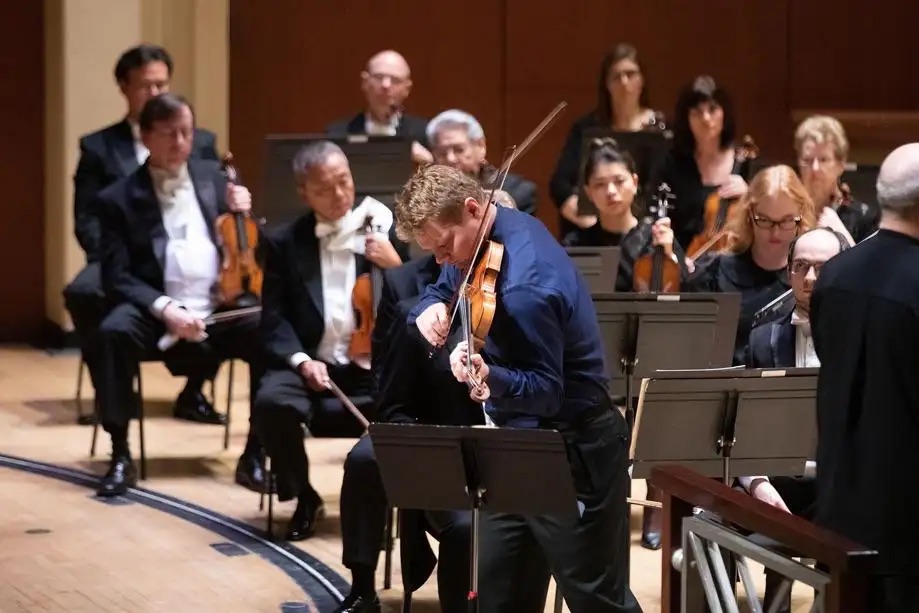 By Jon Ross, for the Atlanta Journal Constitution

«For the past two decades, Music director Robert Spano has homed the Atlanta Symphony Orchestra into an exacting, intensely music ensemble capable of performing the thorniest, most difficult pieces of music with precision and an overwhelming emotional clarity. On Thursday 16. of Jaanuary the orchestra turned its focus to the individuals in the ensemble, highligting section soloists in a pair of 20th century works – and showcasing concert master David Coucheron in a mesmerizing performance in Beethovens Violin Concerto.

Thursday night ended with the most visible musician in the ensemble. As concert master, Coucheron is the musician leader of the orchestra, and during his decade in Atlanta, he has also emerged as one of the ASOs most engaging soloists; Thirsdays performance was his seventh solo turn with the ASO.

During the violin concerto, lux uriant strings and an impeccable ensemble blend created an ideal platform for Coucheron, who bounded and leaped through this junct, heady passages of notes with sparkling beauty. Listenig to Coucheron perform is like hearing again from a dear friend after a short abscence. And when accompanied by the orchestra, and espacially during extended solo passages, Coucheron proved he has the capacity to amaze even after all this years».